Religious intolerance for how long? 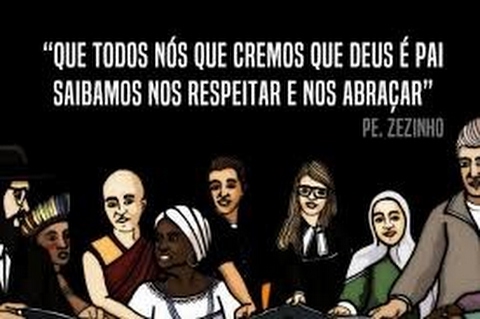 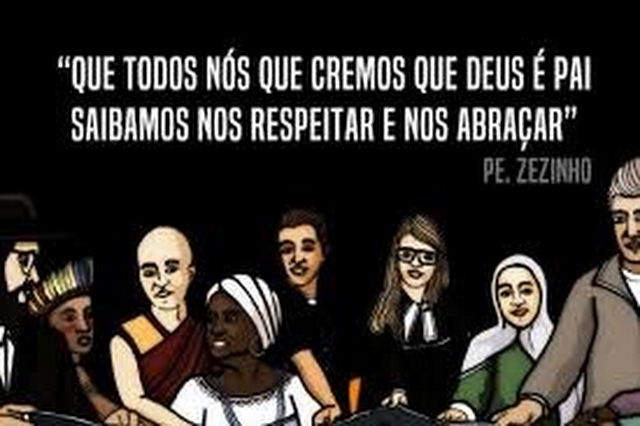 "Dear ones, it is difficult to explain what happens with the imposition of religions, there is no Christian, evangelical, catholic faith, there is faith. There is Hope in Something Greater, in a Creator, and this feeling is unique to each one. There is no point in imposing it as Jesuits did when they arrived in Brazil, murdering Indians for not converting to Catholicism. But, I go further the crusades, the inquisition, Hitler and so many others imposing re-li-gi-ons, that disconnect us from God, than it brings us closer to Himself.
Now, in Brazil, there is persecution of the temples of Candomblé, Umbanda, Mesquitas, Synagogues, and others, which are as old as the Cultures of India, China, and many other places.
What are we preaching since we call ourselves Christians, whatever the denomination itself?
I confess to my brothers from Umbanda/Candomblé, about the question of animal sacrifices to deposit on the corners of the Saints, I assure you, do good better. I know well that in the Bible itself, there was the sacrifice, the offerings, already beginning with Cain and Abel, while one offered fruit to God, the other a lamb.
But let's also think about Nature, which God gave us freely.
But, I respect the culture, and the belief of each one.
I am kind of a druid, without human sacrifice to offer, but I offer my help, my knowledge, my will.
I am a spiritualist, and I accept the Law of Return, now I cannot understand in the twenty-first century, with so many technological alterations that man finds himself in the barbarism of the past, and this starting from the example of one of our presidents.
The other day, I even liked a post where I said that Trump was against abortion, because every child is a gift from God, but I don't understand the reason for separating Mexico with a wall, or separating children and parents who enter the country illegally, two weights and two measures? But I, who had a spontaneous abortion, know well the guilt that it is, to see a being descend through the vaginal canal and you bleed, for no reason whatsoever, a little piece of you that goes away. And I can't understand that when it comes to sexual pleasure, a woman does everything, but if she gets pregnant, she kills, becomes a murderer, she can't understand.
But back to the question of our president who wants to impose religion on his people again, again, threaten culture, again say that this or that is right, and just observe the 10 Commandments of Moses, or just remember Christ, 'Love one another as yourself, and love God above all things.
Religion does not lift us up to God, but our actions and that is a fact."
Ah. I remembered that in some countries, people are murdered because they are Christians.
Politicians should take care of the state, and man should freely follow his own religion.
Téka Castro is a writer.
São Paulo, October 17, 2019.
https://www.gospelprime.com.br/procuradoria-cobra-acoes-do-governo-bolsonaro-em-defesa-de-religioes-afro/
https://blogs.oglobo.globo.com/ruth-de-aquino/post/bolsonaro-catolico-ou-evangelico.html
https://www.portasabertas.org.br/categoria/noticias/a-sobrevivencia-de-cristaos-na-coreia-do-norte